We have carried out public-interest acivities such as
"Environmental Protection" "Tree Planting" and
"Conservation of Biodiversity" as a pillar with thehope of making
21st Century a century of water and plants.

Winners of the MIDORI Prize for Biodiversity 2020 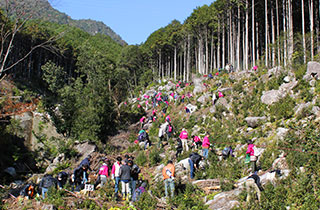 Together with local volunteers around the world, we are engaged in tree planting activities with the aim of restoring forests lost to natural disasters and logging, preventing global warming, recovering forests which help prevent disasters, and improving watershed protection functions. 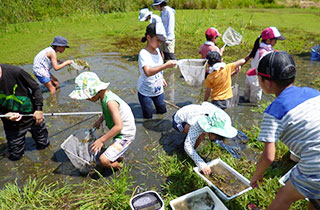 Since 1991, we have provided support to organizations actively and continually engaged in environmental conservation activities around the world for the purpose of the preservation of biodiversity and sustainable use. 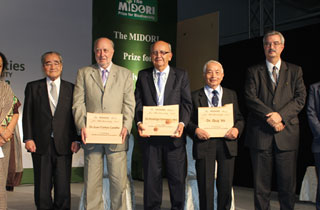 The MIDORI Prize is a biennial international prize to honour individuals who have made outstanding contributions to the conservation and sustainable use of biodiversity at global, regional or local levels.

In order to develop human resources that are active with a global perspective in environmental fields, we has made efforts such as hosting various activities. 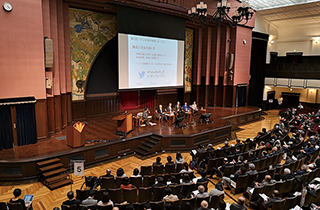 In order to bring about a sustainable society, we work with major organizations in Japan and internationally, such as universities, the administrations of various nations, and scholarly research institutions to strengthen environmental education.

We are suporting Commemorative Lecture, Imternational Conference and Symposium aiming at maintenance of Global Environment.

You can see the Activities of Aeon Environmental Foundation from the site below.

The Awards for Biodiversity Outline of AEON Environmental Foundation 2019

Message from the Chairman

Since its founding in 1990, AEON Environmental Foundation has reached its 25th anniversary thanks to all of your support. In the 20th century, the East-West tension was the largest problem, but the issue of the 21st century is the North-South problem and the keyword for it is probably "the environment."
This Foundation, established with the hope of making the 21st Century a century of water and plants, has continually worked on tree-planting activities both inside and outside Japan and provided subsidies to organizations that undertake environmental activities as effective means of solving environmental problems. Thanks to everyone's support, AEON has planted a total of 11 million trees in these twenty-five years.
Global environmental problems are becoming more and more serious and this is evidenced by the adoption last year of the United Nations (UN)'s Sustainable Development Goals (SDGs) and then, at the UN's 21st Conference of the Parties on Climate Change (COP21), the adoption of the Paris Agreement, which is an international framework to deal with global warming from 2020.
At this Foundation, with the effect on the environment from global warming and pollution in cities that accompanies economic development, we are searching for solutions to the environmental problems the world is facing and, at the same time, to further promote cooperation between Japan and China, last year we held the Fourth Japan-China International Symposium on Environmental Issues. The theme of this Symposium was "International Environmental Improvement and Sustainable Social Development," and we published the AEON Beijing Environmental Proposal as a summary.
Before the United Nations Decade on Biodiversity, adopted at COP10 (10th Meeting of the Conference of the Parties to the Convention on Biological Diversity) in 2010, we created the Japan Awards for Biodiversity, a domestic prize, in 2009 and the MIDORI Prize, an international prize, in 2010, and have been awarding them in alternating years while also continuing to promote the training of the next generation of environmental leaders. This year, we are planning to have the award ceremony for the Fourth MIDORI Prize for Biodiversity at the Thirteenth Meeting of the Conference of the Parties to the Convention on Biological Diversity (COP13), to be held in December, in Mexico.
There are no national borders for environmental problems. In order to pass this irreplaceable, beautiful Earth to the children of the future, we will continue with planting trees and other environmental preservation activities such as promoting sustainable use and the preservation of biodiversity. 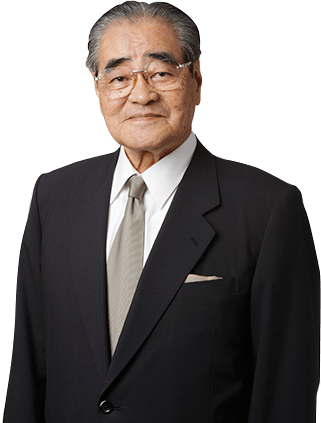