The MIDORI Prize for Biodiversity
The Prize Winners

*Winner's profile when a prize was won. 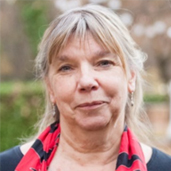 After engaging in field research as a biologist in Indonesia for ten years, Dr. Kathy MacKinnon was appointed as the Lead Biodiversity Specialist of the World Bank. She contributed to numerous projects to strengthen biodiversity conservation and natural resource management in many developing countries in Africa, Asia and Central and South America. She has been cooperating with multiple stakeholders and focusing on mainstreaming of biodiversity in the development programs and securing local sustainable livelihood. Currently she is serving as the Chair of the IUCN World Commission on Protected Areas (WCPA) and she has been contributing greatly to the achievement of the Aichi Biodiversity Targets.
Outline of the winner
Dr. Kathy MacKinnon CV

Director General, Society for the Protection of Nature in Lebanon (SPNL) 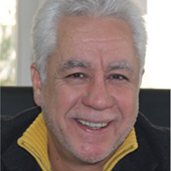 During the civil war in Lebanon, Mr. Assad Serhal established the Society for the Protection of Nature in Lebanon (SPNL) to protect the natural heritage of Lebanon. Finding that Western models for nature conservation and management did not resonate with local communities in the Middle East, SPNL revitalized “Hima” (“protected area” in Arabic), the community-based traditional system for area-based conservation. Mr. Serhal has contributed to the establishment of 22 Himas covering terrestrial, wetland and marine ecosystems and successfully conserving wildlife habitat, pasture land and water resources. They have also empowered the communities and brought the communities a sustainable livelihood. This approach has been adopted elsewhere in the region.
Outline of the winner
Mr. Assad Serhal CV

Former Science Advisor to the Prime Minister of Malaysia 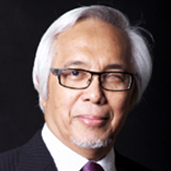 Dr. Abdul Hamid Zakri has been contributing to the observation, analysis and evaluation of global biodiversity and ecosystem services in a career spanning more than four decades, promoting nature conservation and restoration, and contributing to the sustainability of the environment. As a co-chair of the UN Millennium Ecosystem Assessment (MA) and founding chair of the Intergovernmental Science-Policy Platform on Biodiversity and Ecosystem Service (IPBES), he played an important role in raising awareness of biodiversity among global leaders. He also contributed to the promotion of SATOYAMA initiative.
Outline of the winner
Dr. Abdul Hamid Zakri CV

Special Prize for the International Year of Biodiversity 2010