In 1970, Jusco Co., Ltd., was established based on the partnership between three local companies Okadaya, Futagi and Shilo.
At that time, as a result of collecting a new company name from all employees, “Japan United Stores Company Ltd. (JUSCO)” was selected, and its popular name “Jusco” became the company name.
August 21, 2001 "Jusco Corporation" changed its name to "Aeon Corporation". Then, on August 21, 2008, Aeon shifted to a pure holding company structure centered on Aeon Co., Ltd., and the retail business of Aeon Co., Ltd. was transferred to AEON Retail Co., Ltd. As of the end of February 2017, Aeon Co., Ltd. and group companies are a group consisting of more than 300 companies.
On of the Aeon Basic Prinsiples; "Pursuing peace, respecting humanity, and contributing to local communities, always with the customer's point view as its core," Aeon practices its "Customer-First" philosophy with its ever-lasting innovative spirit.​ ​ 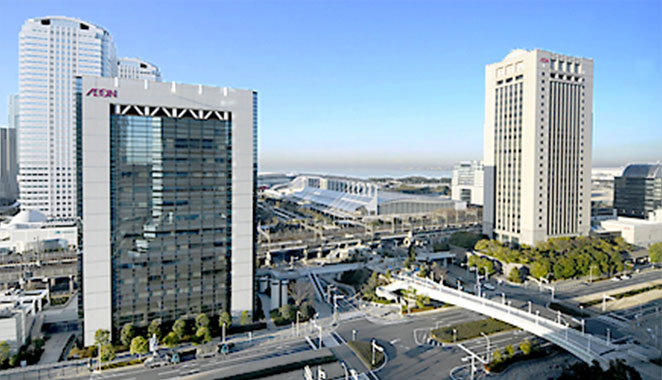